True confession: I love snapper, but I’ve never prepared snapper fillet. I’ve often enjoyed it at restaurants or events; however, I haven’t made it myself. As a typical Dominican, I like to cook the whole snapper, including the tail and head—where all the yummy stuff lives.

Growing up, when the fishermen in my village would bring in the day’s catch, no one in the group promoted a fillet version of snapper. Folks would buy the entire fish and maximize every bit of it. And yes, the head was the most coveted part.

I was introduced to filleted fish when I moved to Canada.
Since then, I’ve prepared most of my fish filleted and deboned, except for medium to small “Caribbean fish” My goal is to create a more authentic Caribbean experience.

Although my husband has joined me on the whole snapper—whole fish bandwagon, he’s often very cautious whenever I prepare cooliw or snapper. He mulls over our eight-year old’s plate, ensuring that no bones escape his sight. My husband certainly prefers filleted fish since he thinks that the bones are way too dangerous and time-consuming, especially for kids.

Our parents were brave back then, allowing us to fight our own battles of the bones. I remembered my mom would tell us if we encountered a bone in the throat, chase it away with a generous piece of provision, like dasheen, plantain, or better yet, dumplings. I’d encountered a few bones in my lifetime, but nothing that a good piece of starch couldn’t handle.

I’ve already passed on that valuable lesson to my whole fish-eating children. I hope they never need to use the emergency piece of starch, but they’ll know exactly what to do if they are met with this unfortunate circumstance.

So over the weekend, I decided that I’m going to try to prepare red snapper fillet. I stepped into my local Whole Foods and gasped at the sticker tags of $24.99 for a pound. I could have gone to my regular fish market ($6.99 per pound of the whole snapper), but they were out of the large red snappers, and I needed a nice large piece to make this special dish.

The menu included pumpkin rice, which I’ve not had in a while. I had picked up a lovely pumpkin at the market that I was dying to use. I also had lobster and wanted to add some to the dish. I rounded up the menu with some tomato on vines and added some microgreens for garnish.

This red snapper filet dish wasn’t only pleasing to the eye but delicious.

Here’s how I created this dish. 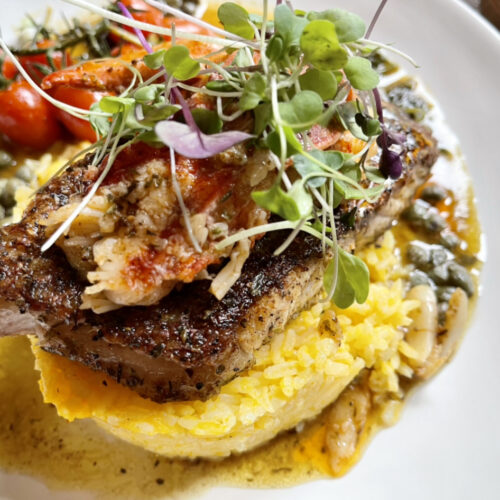 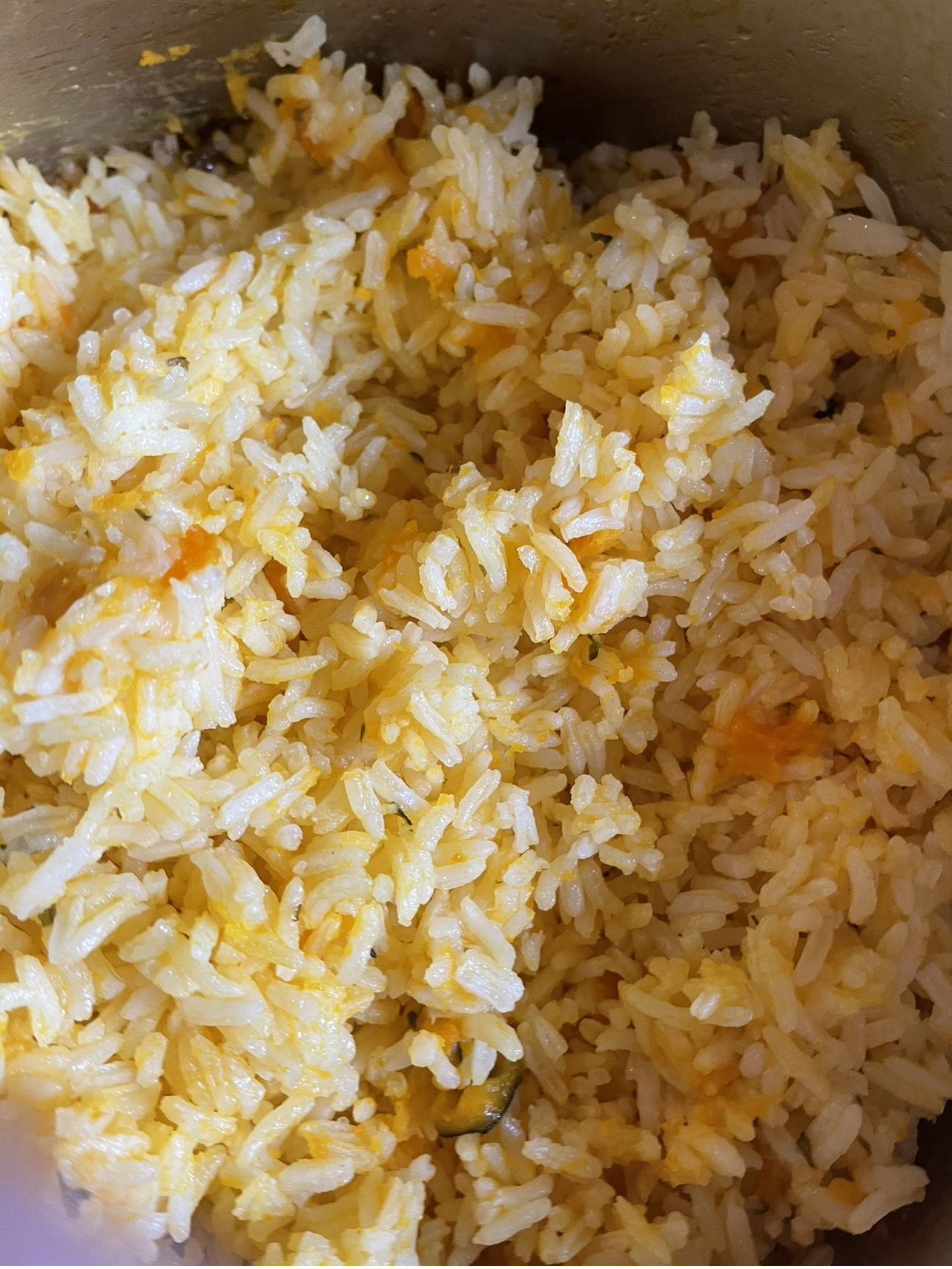 Pumpkin Rice For the rice I cut some pumpkin pieces and placed them in a pot of boiling water. When the pieces were all tender, I added olive oil, salt, garlic powder, chopped parsley and rice. I covered the pot and let it cook for a few minutes.  Lobster Boil lobster, and using a lobster cracker, crack open the claws to remove the meat. Using a pair of shears, cut open the tail to secure the meat. Add butter garlic, and paprika to a hot pan and add lobster meat.  Saute for a few minutes and remove from heat. Don’t over cook. Enjoy!    Plating I used a circular cutter and filled it with the cooked rice on a flat plate, gently pressing the content it. You can use a small bowl. I slowly removed the cutter, in order to create a dome. I them placed the snapper on the rice, then place the lobster meat on the snapper, scooped up the tomatoes with a spatular and placed it on the opposite side of the plate. I then added the sauce with the capers around the plate. Then topped it all of with some micro greens.
Keyword fillet, fish, red snapper, snapper 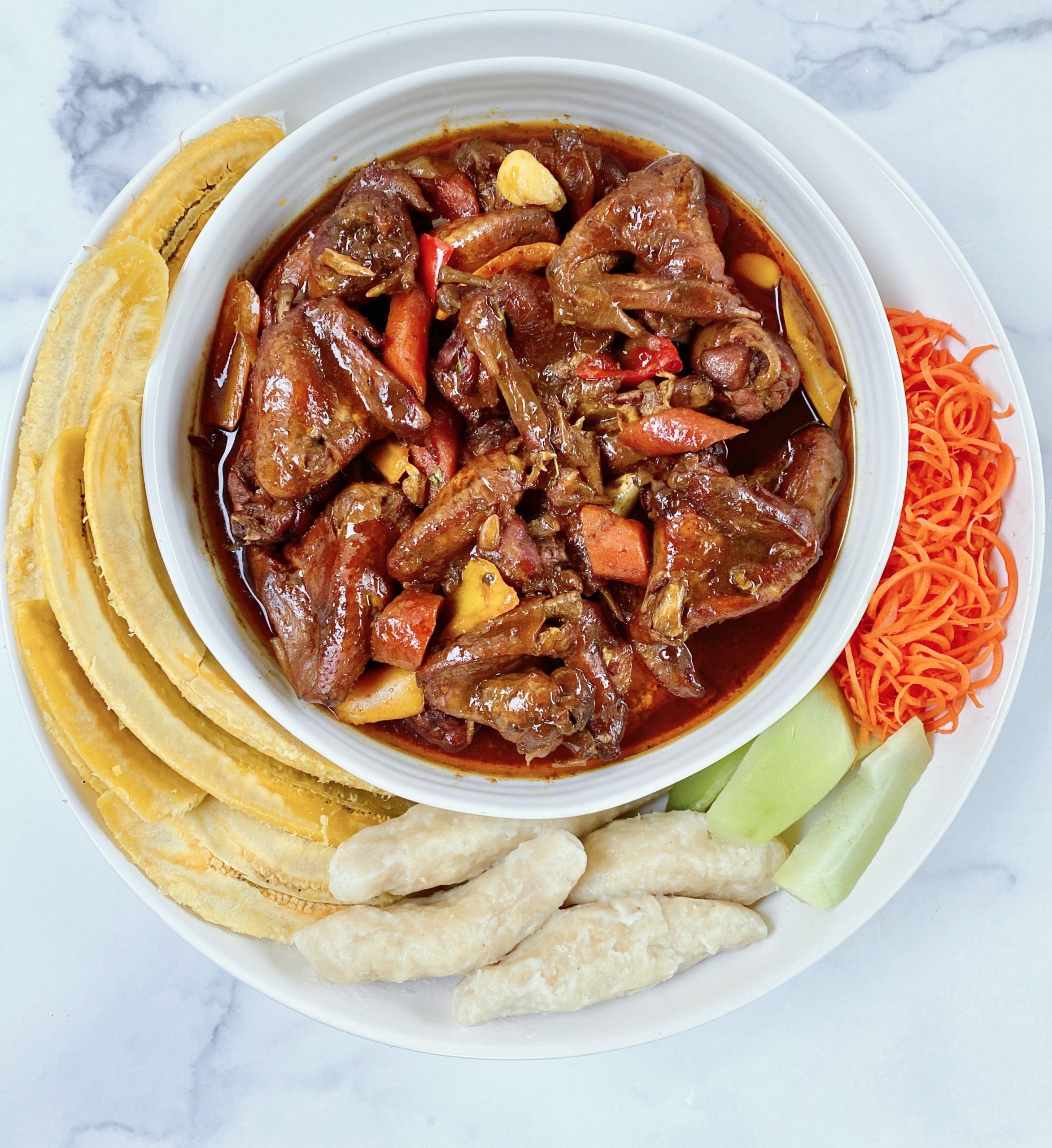 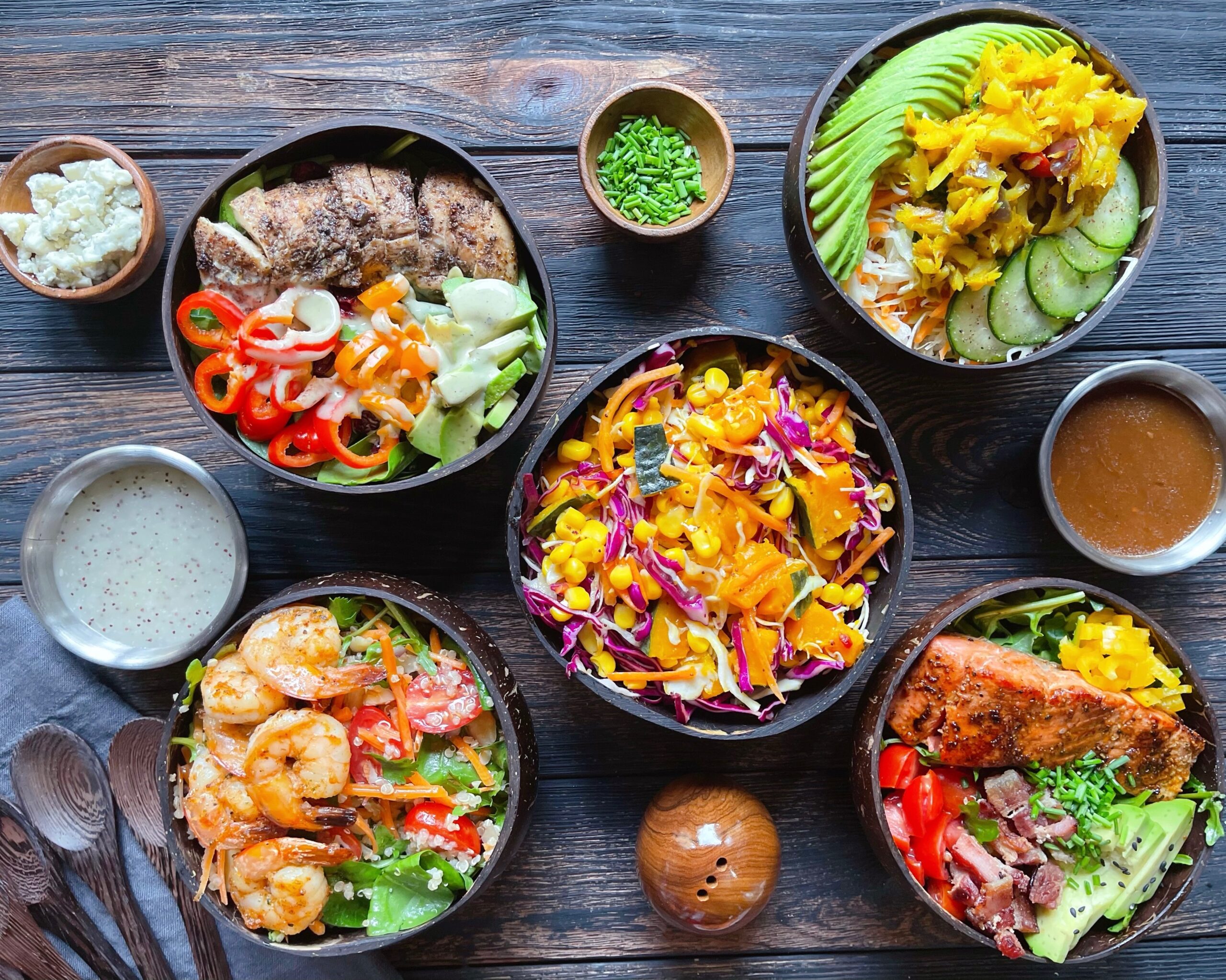 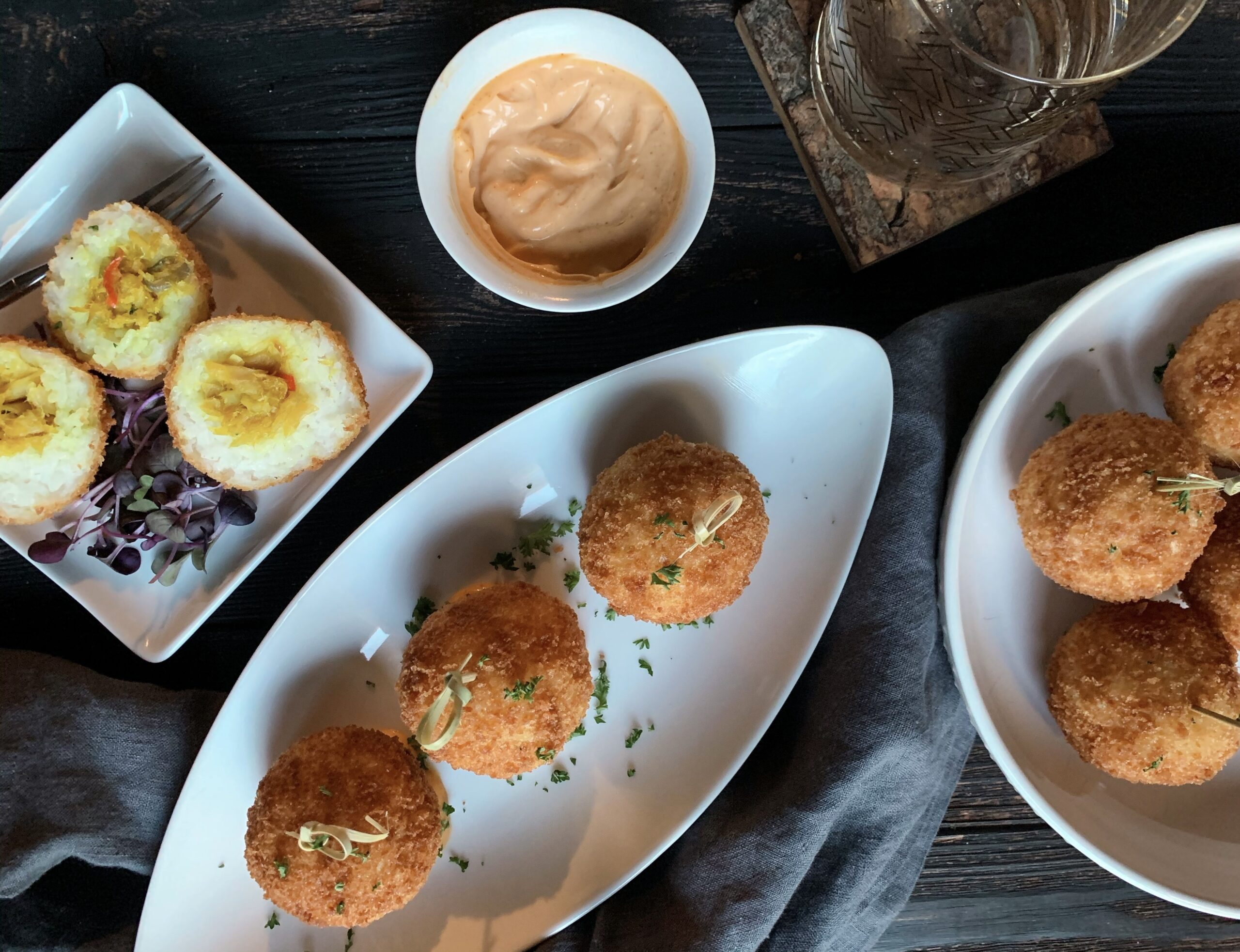 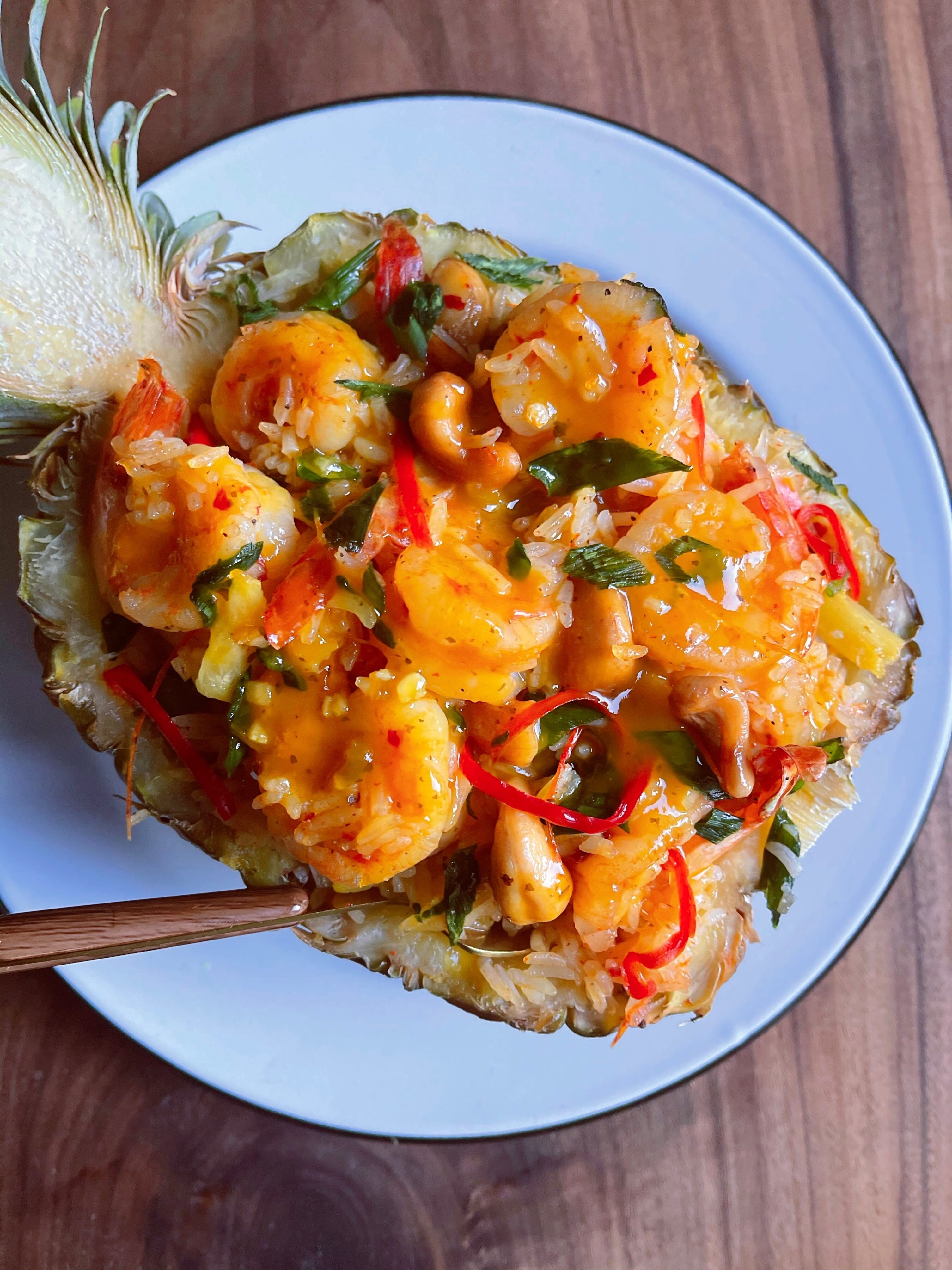 Sakafete! Growing up in Dominica, food was central to socializing and in abundance. Cooking with my family was one of the highlights of my youth. We grew our produce and raised livestock, which often made it to our kitchen table. With my mother and grandmother's guidance, I discovered my passion for cooking at age 9. We used lots of verbal recipes then. Today, I share those culinary experiences with my children, using the fundamentals of Dominican cooking and making it our own. I'm not a trained cook/chef, however, as I embark on my food journey, I invite you to experience foods from the Caribbean island of Dominica. Let's cook!
read more

Recipes, tips, and more right in your inbox. 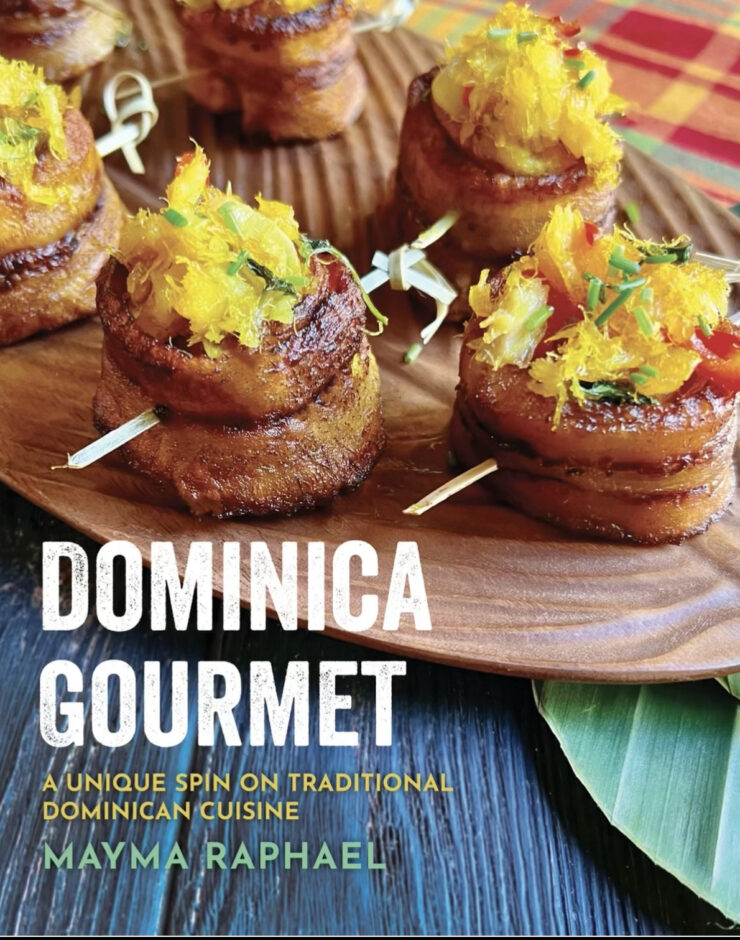